Beyoncé, through her series of music videos for the Lemonade album and song lyrics, is not only specifically addressing the Black American audience, but is in some fashion, “blacker than ‘black.’” 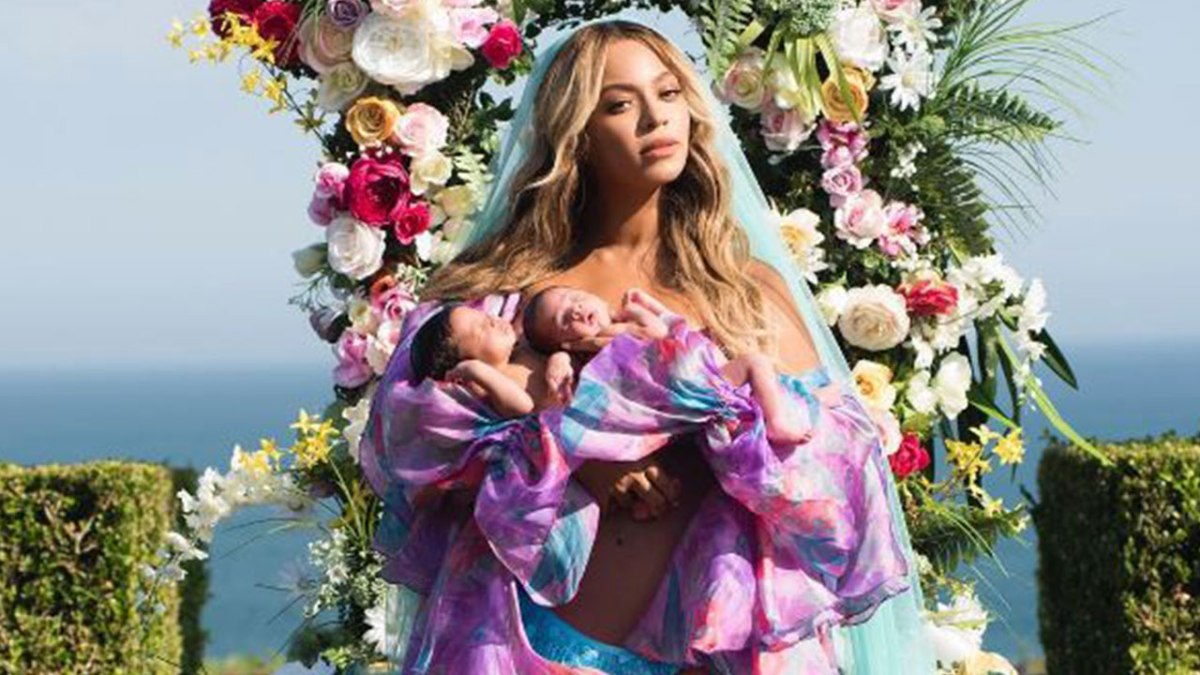 Above all, the blackest-black is for me – just like for Malevich – a symbol for societal change providing hope for new generations of young artists living in a world facing huge economical, ecological and societal challenges. I believe change starts with the individual. Darkness is perfect, because more than light, it turns directly and singularly towards the individual. I see my blacker-then-black art as a space of refusal, but also as a space of and for imagination. In a time where we’re oversaturated with media and information, it pulls you back to something that is private and personal. In absolute darkness everybody is the same, things are forged and unified

(Thomas Gorton, Vantablack might not be the Worlds Blackest Material, accessed 5/25/2017. http://www.dazeddigital.com.)

The realm of pop culture is distinctly vanilla in color and taste. It has that default flavor of comfort when too many choices exist, it is the thing we know and expect and despite our intention to choose the more adventurous and unknown, we often end up with vanilla.

Pop culture is a commodified space that aims to get as wide and broad a consumer base as possible and the mechanisms of mass media drive what is presented as popular culture.  This mainstream cultural space placates all of us with the illusion of “sameness.” It is an all-encompassing sphere where any difference is muted by transforming it into a bland, palatable product for mass consumption.  A culture space that is safe, it filters all aspects of difference into either caricatured versions of itself or erases it completely.  Of course, the inverse of this condition is one of silence or complacency by those who perform in that space. To try to take a stand in that arena, to go “off script,” one must navigate through oblique messaging, through double entendre and sabotage. For Beyoncé, who is quite aware of her image as one belonging to the public, presenting an authenticity that goes beyond what can be contained within the parameters of the mainstream (her authentically impure, hybrid identity), this can be a tricky business.

When Beyoncé premiered her Formation[1] video and subsequently followed that with her guest performance at the 2016 Super Bowl halftime show, many viewers reacted with surprise, as if this was the first expression of “blackness” by Beyoncé.  If the reactionary Saturday Night Live skit, “The Day Beyoncé turned Black,”[2] is any indication, the reaction has been both fear of exclusion and desire for Other. This may lend substance to the idea that, previously, her music was somehow something else entirely – an interpretation of some kind of acceptable or more palatable blackness perhaps?  This appears to be the surprising reaction by mainstream media as well as by the African American community overall  – that somehow, Beyoncé, through her series of music videos for the Lemonade album and song lyrics, is not only specifically addressing the Black American audience, but is in some fashion, “blacker than ‘black.’” I put the term in quotation marks and italics here because the spectrum of reaction within the mainstream and African American community is that there is a difference between the work that Beyoncé had been doing in the past and what she is specifically doing in Formation.

It all comes down to Beyoncé claiming a kind of hybrid authentic identity beyond what she is known for and defined by in mass media. It can be illustrated in for example, her use of language like the slang term “bama,” a derogatory term used to describe a specific kind of blackness. As author Jesmyn Ward states in her NPR essay, “bama” means “an under-educated, ignorant, foolish rube.”[3] But in the metaphoric performance of Beyoncé’s announcement, the line “my daddy Alabama, my momma Louisiana, you mix that Negro with that Creole you make a Texas ‘bama…” elevates the word into something more than its derogatory slang meaning as the music crescendos and wraps the term around the beat that is at the heart of the song.  What is pivotal here is that the authentic identity that Beyoncé embraces and defines in this song is not something that is somehow singular or whole (a pure blackness) but a hybrid, a mix, which constitutes her personal experience of blackness. The hybrid identity is built on contradiction and mixed, ad-hoc meanings. The cultural hybrid identity, as it is comprised of seemingly bifurcated positions (black/white, power/disempowered, in/out), can simultaneously exist in oppositional spaces and provide a critique of both. In the Formation video and lyrics, Beyoncé sings a manifesto of the hybrid, the cultural mix that can turn the derogatory slang into a desired identity.

I hesitate to comment on blackness because as an Asian American, I truly have no sense of what it means to be a black woman in America. The kind of racial bias I experience, the way in which I am viewed through an exotic lens, the manner in which Asian women are interpreted by the mainstream media, is different. So as someone who is not African American, (but who is ‘Other’ – another hybrid if you will) I know Formation is not for me but to me. As a visual performance that will linger through the shared memory of the internet, it serves as a reminder and record of the fact that the experience of being Black in America – though not mine –  is, at the same time expressing to us what this uniquely beautiful and painful experience is .

The Formation music video as a gesture to claim any kind of identity, beyond what is categorized and served up as being palatable within the mainstream, will always be political.  In the video, Beyoncé is claiming blackness but it is her own, impractical, contradictory version of it.  Her version of blackness simultaneously goes against the grain and (also) plays with the stereotypes presented in the media, among them the criminal, the sex object, and the hip-hop celebrity. She weaves through all of these types, as well as resisting them, in the video.  The performance acts as a form of critique of these stereotypes, overlaying them visually with contradictions (like, the afro headed dancers in signature Gucci or the “raw” video footage of dancers in acid washed jeans performing an impeccable dance routine). Each series of images come at us in quick succession, vacillating between a YouTube-esque aesthetic of the DIY performer and Beyoncé’s trademark performance. The video creates dissonance in what has been playing out in the mediated narrative of blackness and the actual, complexity of living it.

Part of the reason Beyoncé is successful in navigating the popular black image (the criminal threat in the news, the object of desire in pop culture) is because she sets up and then problematizes pop culture’s expectation of blackness.  The method is subversion through seduction of the image. She portrays the antebellum South through the framework of hip-hop, and the black beret that signifies the Black Panthers becomes afro-hair couture.  In the ‘90s the primary, almost singular method of resistance against the culturally colonized black identity was oppositional. As evidenced in Beyoncé’s current work, resistance now occurs through a fragmentation and re-mediation of the same popularized blackness. The images in Formation, as acts of sabotage against mainstream definitions of Beyoncé and blackness, become iconic and dangerously gorgeous. They are simultaneously easy on the eye while also being distinctly uncomfortable. As the mainstream audience, I watch the dancers in their Gucci active wear, in those acid washed jeans and with their glorious afro locks and know that I am specifically being placed outside the intimate circle of blackness. I am an observer who is being presented a spectacle with a new narrative.

Beyoncé is not the first one to use mixed messages to assert identity. In sketch comedy, comedians such as Dave Chappelle (The Chappelle Show), Keegan-Michael Key and Jordan Peele (Key and Peele) have used parody and humor to undermine black stereotypes. However, rather than a critique of whiteness or an assertion of blackness, Chappelle, Key and Peele focused their primary comedy material on the contradictions of living in-between these cultural poles. In sketches, such as Key and Peele’s “Phone Call,” the comedians complicate the stereotypical behaviors of whites and blacks as one black man feigns “blackness” in order to hide his fear of another black man walking down the street. Dave Chappelle’s sketch, “The Niggar Family,” takes it even further by portraying a white, Cleaver-esque family whose last name is Niggar. The reversal of the black milkman calling out to the Niggars in greeting persistently breaks down, while simultaneously asserting, the power of the extremely derogatory term. Comedy as a parodic cultural form, has built into its methods the ability to generate a form of cultural critique. The crux of what is funny has always been in naming taboos. In this sense, the comedian has ready tools to take taboo subjects or culturally assumed meanings and turn them on their heads. There is also an expectation by the audience that there will often be a form of humorous critique in comedy sketches like these. In contrast, Beyoncé, as a female singer and performer had a more distinct challenge of having to navigate the doubled-up meaning of objectification as a female pop star while also being read as an exotic black female at that. This is why her performances, specifically in Formation, and on the Lemonade album as a whole, generally were viewed as shocking to all audiences.  She dismantled this double layer of objectification, all the while shaking her ass.

Crucially, it is predominantly through her position of the cultural hybrid that Beyoncé can visually express and claim multiple origins simultaneously without contradiction. Her arsenal of images and cultural references in Formation and Lemonade were derived from a vast range of sources that intersect the African cultural diaspora with the more nebulous yet hegemonic terrain of Contemporary art.  Since the debut of the album, the internet has abounded in articles and posts with lists of references that are comprised with an autopsy-like fervor.[4] Among Beyoncé’s references and sources are visual elements from Yoruba culture, the historic point of the slave trade route known as the Middle Passage, local bounce artists Messy Mya and Big Freedia in New Orleans, the poems of Somali-British poet Warsan Shire and the performance Ever is Over All (1997) by video artist Pipilotti Rist. This short list is just a small window into the layers upon layers of appropriation and direct referencing that is woven into the Lemonade album. What is interesting here is that the compilations evolve into a kind of palimpsest that is being used to discuss Beyoncé as a cultural object which in turn opens up the possibility that Blackness, and any other “–ness” for that matter, is never singular in origin.

This is the impact of the hybrid cultural identity; it is able to speak within the dominant system of representation but it simultaneously alters the message to re-frame hegemony. Beyoncé’s performance and comedians such as Dave Chappelle, Keegan Michael Key and Jordan Peele still fit the parameters of mainstream culture; they continue to entertain us as an idealized and exotic black woman or as black comedians. However, the simultaneous sabotage of their roles as they expand and complicate the known narratives in pop, mainstream culture, asserts a more individual, personal experience of their cultural identity. They are able to express how they are blacker than black.

[4] There are many compilations of references in Beyoncé’s Lemonade album, among them is: www.pbs.org/newshour/artwhat-beyonce-teaches-us-about-the-african-diaspora-in-lemonade/; www.factmag.com/2016/04/27/Lemonade: The hidden meanings buried in Beyonce’s filmic journey through grief;

Christina Valentine is an independent curator, writer and educator. View all posts by hcvalentine